If Italy is growing, it is particularly thanks to Made in Italy, one of the driving forces of the country. Perhaps this is due to the fact that, in 2017, it recorded an increase in exports of more than 7.4%. This figure represents the highest growth in the last six years and shows, once again, that Italian products are almost synonymous with quality, creativity, elegance and, at the same time, innovation. And of all its facets, the food sector is without a doubt the most appreciated. In fact, in 2017, according to the data provided by Coldiretti, the exports of Made in Italy agri-food have reached an exorbitant 41 billion euros. In two-thirds of cases, food exports concern the European countries, where the purchase of Italian food has grown by 5% while outside Europe, the United States is the country that appreciates these local products the most. Even China has positively surprised Italian producers with a 17% boom in purchases, while Japan has recorded an increase of more than 39% and Russia, who has an embargo on European products, has reached over 31%.

Balsamic Vinegar of Modena: The Most Loved Italian Product?

In the export sector, there is one product that is very much loved and that is the balsamic vinegar of Modena. In 2017, it was revealed to be the most exported product with 92% of production destined to cross borders. And again in 2017, Modena’s Black Gold achieved another record! Production reached a whopping 97.5 million litres, that’s 5% more than in the previous two years. Yet, despite the reassuring data, you can’t forget that this is one of the most counterfeited products in the world. How then can you distinguish the real thing from the counterfeit? How can you tell the authentic balsamic vinegar of Modena producers from the standard balsamic vinegar producers? How do you choose the real one?

The PGI and PDO Certification Marks

First of all, you should check that the manufacturer of the balsamic vinegar has one of the two main certification marks on its packaging. These are PGI (Protected Geographical Indication), which the European Commission assigned to this product in 2009, or PDO (Protected Designation of Origin) so named in 2000 and recognised in the Modenese variant as Traditional Balsamic Vinegar of Modena (TBVM).

The Most Suitable Ingredients

In general, this product is not born from the acetic fermentation of wine (as happens with common wine vinegar) but from the must of carefully selected grapes. Each acetaia (the place where vinegar is produced) has around seven different varieties of grapes, both white and red, used alone or in different proportions. They are: Trebbiani, Lambrusco, Sangiovese, Albana, Ancellotta, Fortana and Montuni. While there are many recipes that are particular to each balsamic vinegar producer, when it comes to those that are PGI and PDO certified, the recipe and practice is unique and fixed. At the base of this vinegar, there is a mixture of various ingredients, acetified and refined for a minimum of 60 days in wooden barrels. For this reason, a good balsamic vinegar of Modena producer is required to list the ingredients on the label. These should be cooked grape must, wine vinegar and in some cases, caramel. Being such a complex creation, the secret to choosing a great product is to read the label as each ingredient is as important as the last and this will reveal the counterfeit balsamic vinegar producers in an instant!

Another way in which you can distinguish an authentic producer from a run-of-the-mill balsamic vinegar producer is to not trust the generic use of the ‘balsamic’ definition never mind, the Italian sounding products in general. In the ranking of the most imitated Italian food products, in fact, we can find Parmesan (or Parmesão, the Brazilian version) instead of the original Parmigiano Reggiano, Zottarella in place of Mozzerella, Kresecco instead of Prosecco, Romanello which is a poor copy of Pecorino, Cambozola instead of the original Gorgonzola, Grana Parrano instead of Grana Padano, San Daniele Ham instead of the original Prosciutto di San Daniele, Asiago Cheese instead of the original Asiago and Chianticella as an alternative to the real Chianti. The same fate often falls upon the balsamic vinegar of Modena as was seen in the case that even made it to the news. During the Anuga fair in Cologne, when a counterfeit condiment produced in Turkey was advertised in the EU territory under than denomination. 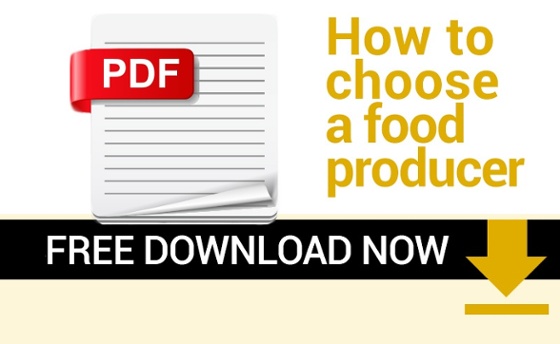 Since 1909, the Mussini family has been producing balsamic vinegars of excellent quality, in their PGI and PDO versions. Over time, the brand has created unique products, such as its dressings, creams, and pasta sauces.

Explore the world of Acetaia Mussini and follow us on our social channels!